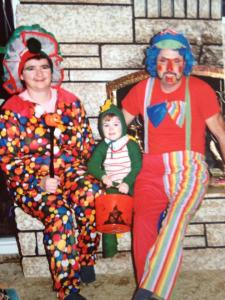 Most little girls look up to their fathers as their knight in shining armor and want to marry someone just like them.  Fathers keep us safe from dragons under the bed, goblins in the closet and carry us when our feet are too tired to walk anymore.  Fathers are heroes from the day we are born, to when we get married and beyond.  Fathers never stop being there for us even when we marry a man just like him. 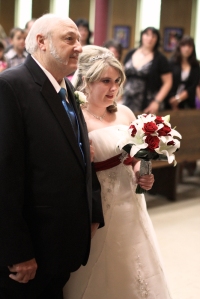 Dad giving me away at my September 2011 wedding

My dad is everybody’s friend.  If someone needs help moving, building a cabin or chopping wood he will be the first one to volunteer.  He is life of every party and family gathering.  All of his friends would call him the truest of friends and each consider him the best friend they could ever have.  Some would even consider him more of a brother then their own.  He is the glue that holds us all together.

In 2001 my dad was diagnosed with prostate cancer and went into remission in 2002.  He fought a battle and won all while maintaining his spirit.

In July 2011 he was diagnosed with esophagus cancer.  He has endured radiation, chemo and surgery bravely to fight this second round of cancer.  He had more courage than ten men put together when the doctors told him the cancer had moved to his shoulder.

He fights bravely every day in battle against this disease, never letting his spirit falter.   He is always the first one to say, “What is the difference between this time and the last?  I’ll make it through this!” 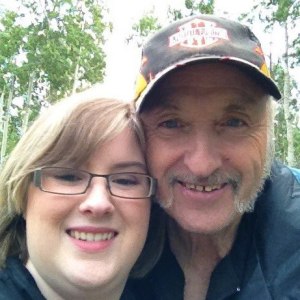 ** This blog was inspired by Plinky prompt “Who is your greatest hero of all time?” **